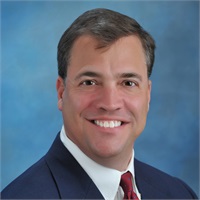 With extensive experience in the financial, corporate & estate arenas since 1985, Stephen serves selected corporate, individual and estate clients in retirement, wealth management, corporate and estate planning. He is the Founder and Principal of Live Oak Financial Group, which was established in 1996. Stephen also formed and acted as the Principal / Chief Investment Officer of Live Oak Advisory Group, an independent Registered Investment Advisory Firm from 2000-2010.

Stephen previously worked for Gilsbar Advisory, Inc. in pension and retirement planning with financial institutions, corporations & medical groups and in asset management & estate planning with corporate, estate and high net worth clients. He previously worked as a consultant for the Troth Corporation, an accounting consulting firm, and  IBM Corporation’s National Accounts Division as an accountant. Stephen is an Investment Advisory Representative and Registered Principal. He  earned the Registered Financial Consultant designation from the International Association of Registered Financial Consultants and the Chartered Mutual Fund Counselor designation through the College for Financial Planning and its Institute of Wealth management. He is a member of the Financial Planning Association, a Rotarian, and has served on the board of a national "not for profit" organization. He has also served at Trinity Church as a Deacon, on the Children's Building Financing Committee and on the Benevolence Committee.

Stephen graduated in 1985 from Florida State University with a Bachelor of Science degree in Business Real Estate. He graduated from Jesuit High School in New Orleans and holds the Series 7, 24, 63 and 65 securities licenses.

Stephen and his wife, Anne, and their two children have resided in Covington since 1992.